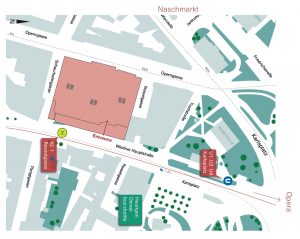 2nd floor of the ALGO venue 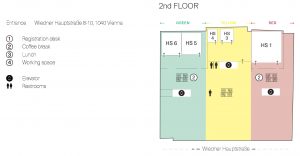 1st floor of the ALGO venue 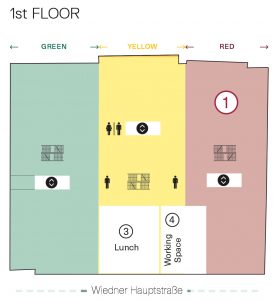 The conference venue is in walking distance to Vienna’s main sights.

Wienerschnitzel is a thin breaded slice of veal, and any Schnitzel called by that name has to be made from veal.
Original Sacher-Torte has been the most famous cake in the world and the original recipe remains a well-kept secret of Sacher hotel.

Secession building constructed for the same named association by Joseph Maria Olbrich, in walking distance from ALGO 2017 venue.
The Vienna State Opera with a history dating back to the mid-19th century is considered one of the most important opera houses in the world.

Heuer am Karlsplatz, where the Viennese spirit comes to life.
The Schwarzenbergplatz or the square where the Hochstrahlbrunnen, a large fountain that looks like a geyser with pseudo-natural rocks in a circular pool is located at.

The Theseus Temple in Volksgarten or “the garden of the people” famous for its beautiful rose gardens with over 3,000 rose bushes. Blumenrad in Prater.